How To Take Action In A World Of Indecision 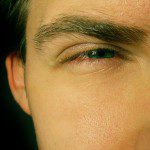 Ok, So We’re in 2014 now. Congratulation for making it another year!

Every year we have new goals, new adventures and of course resolutions.
This year, I’m calling this the year of decision.

Right now, I think we’re living in a world where people tend to not want to commit to anything. They spend more time thinking than doing.

If you’re in the corporate world, you see it in weekly meetings, boards, committees and the the like.

As entrepreneurs, we run it no it with employees not taking responsibility and just showing up to act like monkeys. No critical thinking.

And of course, we see it with prospects and clients. They need more time to think about things. They want to talk it over. What used to take one 30 minute conversation now takes 3-4 hour long meetings to get them to take action.

And of course, we see it in ourselves.

“Do we jump on that new marketing opportunity?”
“Do we hire the new person that we know we need?”
“Do we make a plan AND take action on the new joint venture opportunity sitting in front of up?”

I know business owners that have been “working” on their website for 6 months but still don’t have something live for prospects to look at.

I know entrepreneurs that take 3-4 months just to plan out how their new business will look. Meanwhile, the opportunities sitting right in front of them slip by.

It’s everywhere. Some times I wonder how we ever get anything done in today’s society. Most of the time, we just “think” about things instead of making a decision and moving forward.

There is something different that I see with the most successful people though. They make decisions fast.

You’ve heard the phrase “Fail Forward Fast” right?
It’s about taking action and readjusting as needed. Not thinking about it,

Most of the most successful people you find out in almost every industry will all tell you to make a decision and run with it as fast as possible. You will make mistakes. You will fall.

What matters most is that you get back up and learn from those mistakes. Don’t live in a world of indecision and never actually do anything.

So, stop and look at the last 12 months. Have you suffered from not being able to make a decision? If so, I have a simple and EASY solution for you.

Seriously. I told you it’s not anything hard.

You’ve seen them before as a kid you might have had one. In fact, you can even get an app for your phone.

It’s simple, ask a question and let the magic 8 Ball answer it for you. No “Thinking about it”. Just make the decision and do it!

“But what about all the information I need to know to make a good decision?”

You don’t need it! Plain and simple, you know the answer. You know what you should be doing and most of the time, your gut is already telling you the right choice. You’re just not listening to it.

We need to make more decisions and run with them. Learn from them and take action.

I’ve made it a rule that if I need to make a decision and I can’t decide within 5 seconds, I pull out the Magic 8 Ball and let it decide for me.

In a world if indecision, the person taking action and deciding is the one that will stand out, be seen as a leader and reap the rewards of their actions.

So, make 2014 the year of decision for yourself. Stop spending so much time thinking about it and just do the things you need to do.

If in doubt, the Magic 8 Ball can be your guide.
🙂

Previous Post Are you Juggling Way To Much Stuff? Next Post 3 Things To Keep You From Throwing In The Towel As An Entrepreneur